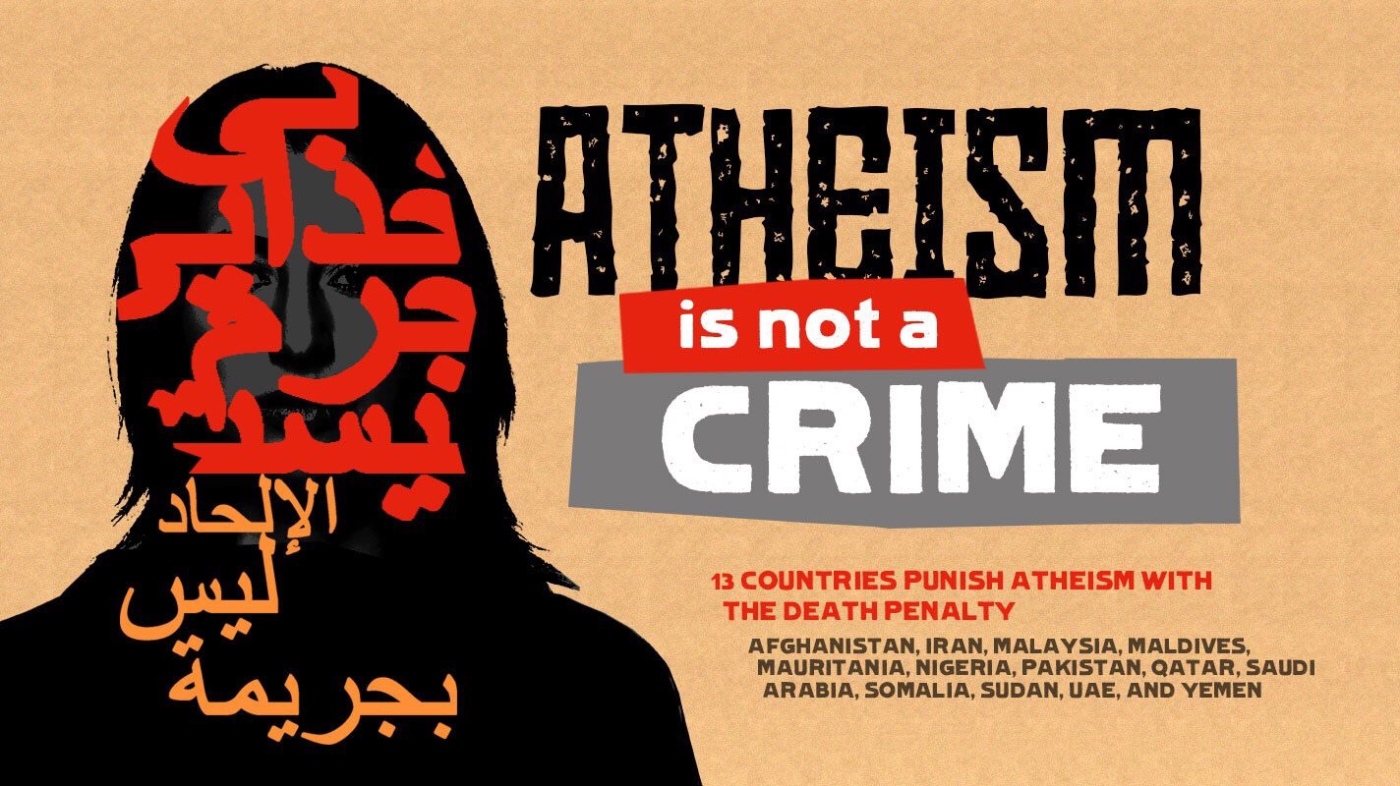 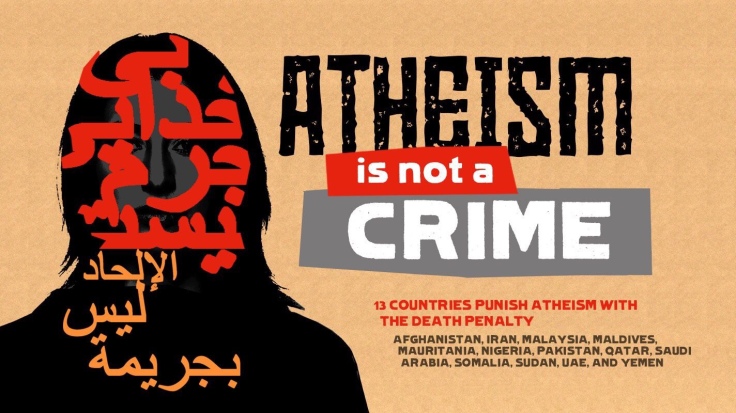 There are 13 countries in the world that punish atheism, blasphemy and apostasy with death penalty. There are also other countries that atheists, blasphemer and apostates are prosecuted and severely discriminated against. Please share and raise awareness. This needs to stop.

Egyptian Atheist and Youtube Vlogger Sherif Gaber has disappeared and is most likely arrested when trying to leave the country on Wednesday 2nd May. He sent a message to friends telling them he was stopped and taken to an interrogation room at Cairo airport and his passport confiscated. No one has heard from him since. The last message from Sherif on Wednesday 2nd May at 11:08 am Cairo time:

“I am suppose to be traveling to Malaysia at 12:05 Cairo Time, an hour from now. The police took me and made me wait in this room for 2 hours and I’m still waiting> they took my belongings and my passport. If I don’t update you in one hour know that I was arrested.”

2 thoughts on “Atheism is not a crime!”